THE BLOODY AX: THE CONTINUING SAGA

One morning in mid November of 1917 the busy mining community of Virginia, Minnesota had its peace shattered by the discovery of the grisly murders of local inhabitants.   What would become known as the " Alar-Trepich Axe Murders" would stir to new life old prejudices, nearly forgotten fears of other slaughters, and destroy the fragile sense of community struggling to emerge from ethnic enclaves and racial fears. 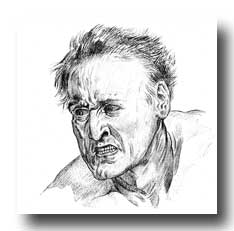 It was the early days of WW1 and the Austrian born victims were walking a tightwire in the community with Anti-Germanic sentiment on one hand and Pro-Austria elements on the other.  The local news paper quickly drew the line in the sand by noting the victims had shown their support of the American war effort by buying liberty bonds. Mr. and Mrs. Alar and Peter Trepich, a boarder, were murder Nov. 16, 1917 by ax blows and knife wounds. The murderer apparently paused in washing up in the kitchen to write a note warning of similar death to any who supported liberty bounds or the red cross.

Like so many of these mysterious ax rampages across the nations landscape, it started when someone found the bodies...but it has yet to come to a solid conclusion.  It joins the corpus of  lingering and mysterious crimes done by ax-wielding murderers.
Posted by MARILYN A. HUDSON, MLIS at 12:08 PM No comments: Links to this post From the "who knew?" files:  Lucille Leseur, who would become the famous Joan Crawford, was born in San Antonio, Texas.  Briefly, however, she actually lived in the southwest Oklahoma community of Lawton, Oklahoma. She is listed on the 1910 census there with her mother and step-father, Henry J. Cassin.  Cassin ran a movie theater in the Comanche County community.  Their residence on April 20, 1910 showed Henry, Anna, Lucille, and Hal all labeled as "Casson".   They were living at 910 "D" Street in Lawton.

Most published accounts locate the family in Lawton through 1917 and within just a few years in Kansas City.  Soon, however, Lucille's acting career would take off by the 1930's Joan Crawford was a full fledged Hollywood Star.
Posted by MARILYN A. HUDSON, MLIS at 11:54 AM No comments: Links to this post

Doug Dawgz Blog: Marilyn Hudson, Bizarre History Genie
Posted by MARILYN A. HUDSON, MLIS at 7:19 AM No comments: Links to this post

There is a fascinating character who comes out of Virginia and moves into Kentucky in the very early days of that region. His moniker is interesting.  I ran across him while doing some genealogical work. I knew right away he could not really be a connection - because we have no one famous!  The man's name is Famous Mortimer (sometimes Mortemer, Mortimore).  Since I have a Mortimore line, I wanted to know 'just how famous was this guy?'  He is a much married man - marrying a Mary Blue and a woman named Fanny and possible others. All of which meant a lot of descendants

I ran across a will out of Loudoun County, Virginia in 1779 where a William Mortimer dies of sudden disease while away from home and his last words are described to the court.  His earthly remains and property were left to a mother named Sarah, a sister named Bethelmere, and a brother named...Infamous Mortimer.

So, is Famous really Infamous?  What is this infamy desirable enough to bear their name or to even self-moniker with such appellation?  Apparently in Hertfordshire in England is one clue...  "The Mortimer Trail is named after the infamous Mortimer" who apparently were powerful in the reign of Edward III and later and who plotted, bedded, and schemed to acquire, maintain and add to their political power but in the end achieved a mere passing few notes in history, "family who have been a clan of Marcher Lords. This family ruled the Welsh borderlands for approximately 400 years, starting in Norman times. One of the most  feared and powerful families, their seat was Wigmore and Ludlow Castle  though  they  governed lands from Normandy and all across England and into Wales. These holders of quite a bit of the most influential of the Norman Earldoms influenced the history and geography of the Welsh Marches." ( http://travel-preparation.myvemma4all.com/?tag=mortimer-trail  and  A biographical index to the history of England by Sterling Yancey McMaster).

Did a line of disenfranchised Mortimer's come to the New World with dreams of new success?  Did "Famous" simply drop the "In-" as better PR?  Did he track into the wild of Kentucky with Daniel Boone like visions dancing in  his head?  The frontier had a tendency to make men into myths based on their acts of valor, courage, or daring.  Sometimes their fame remained and sometimes...as records burned, people died, and moved away....history (as it is so often the case) was simply forgotten.
Posted by MARILYN A. HUDSON, MLIS at 4:55 AM No comments: Links to this post