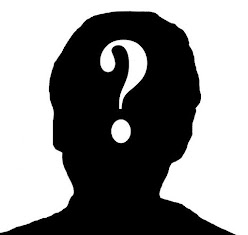 An amazing fact. In both WW1 and WW2 there were "living unknown soldiers." A couple made the news but one has to wonder if there were not others in those conflicts and other before or since? There was an old story, French I believe, of a man who returned to his home but was later identified as being another man entirely. That story did not end well. It seemed to set a trend for such - all too true - tales. In February 1945 a man was rescued and in the hospital was identified by the field identification as "Charles A. Jameson, 49; religion, Catholic; citizenship American, the Cutty Sark."

In a comma, he was examined, shrapnel wounds riddled his back and various other infections resulted. The military, the Merchant Marines, the Coast Guard, the Red Cross, other countries - everyone tried to locate some record of such a man. He could recall details of every steam ship company in the world. He recognized when shown photographs, the Royal Navy's gunnery school in Gosport, England. No records surfaced.

No crew photos revealed his face. Searches for a ship The Cutty Sark revealed no modern ship of that name; later memories of being a crewman aboard the Hinemoa conflicted as to the man's story of it sinking in the Atlantic (it had sunk in the English Channel).

Later research suggested he might have been a POW or a spy but evidence is scant. His tattoos revealed a mixture of American and British naval symbols and phrases (one seeming to read U.S. Navy). He seemed to remember ships and places from the turn of the century better than more recent events and so he may have been suffering from dementia (such Alzheimer's were older memories are fresher than recent ones).


Although a patient in the hospital for 12 years (due largely to a battle with those infected wounds) - no friend, relative, work mate ever visited him there. Apparently, to this day, just who Charles A. Jameson was, remains a mystery.

An excellent article on this subject of Charles A. Jamison or Jameson can be read on this site