UFO's ARE REAL! We Think 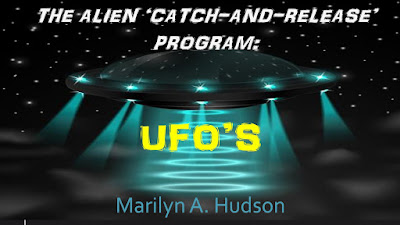 Decades of stories and research into strange lights, hovering crafts and bizarre beings have been flung like a tennis ball between two courts of belief and skepticism. The two form a continuum of rigid debunking disbelief all the way to blind faith belief. Between those two points there is a lot of ground to cover.

Through the years the topic has been muddied by clouds of competitive military might, dueling scientific achievements, and political-social-economic forces playing a game of coverup, obfuscation, and lies about scientific possibilities and activities.

Scanning back over the last 70 years it is possible to see clearly - as records are made public - and scientific certainties are no longer so firmly in place, that we may not have known as much as we kept telling ourselves we knew.

One of the worst foundations of this series of events was a government that believed it had to protect its people from everything. Facts could not be handled - and in the early years of the 20th century when literacy, education, and scientific knowledge was not as widespread that might have been true. Even then, however, our culture swelled with amateur astronomers, geologists, electrical hobbyists, and more. Correctly handled, our society and culture could have been easily led into understanding and accepting as nonthreatening the probable reality of humanity not being alone in the universe.

This parental control of society by the government led directly to the UFO outbreak of the 1950's through the 1980's.  The reality of the situation aside, the mishandling of experiences, the 'swamp gas' scenarios, and the ridicule of those who were witnesses or promoted an alternative scientific paradigm, did not serve the public or the government well.

The more something remains hidden, out of reach, unexplored, the easier it is to control the storyline.  What results is reaction and bizarre stories, Draconian conspiracy theories, and more emerge.

As I have noted before, the long time 'truth' was there was absolutely NO water on the planet Mars. Suggestions of it were ridiculed, discounted, and swept off the discussion table. This happened repeatedly.

Then, one day, it was no longer the 'truth'. No apologies. No Will Rogers-like amused scratching of the head drawling, well, I guess we were wrong about that...

Now,as the Navy re imagines a better way to survey witnesses of 'unexplained phenomena and crafts' and the Pentagon admits they have tracked those nonexistent things in the sky and scientists are admitting that there can be areas that leave them pretty stumped. They do not, despite decades of claiming otherwise, have all the answers no matter how hard they look.

One of the most important features of those heady days of the early 20th century was the involvement of people - people who observed the natural world, who looked to the sky - and became aware of what was 'normal' up there enough to recognize when something appeared that was beyond the everyday. Walk done any street and see people have their eyes fixed on cell phones, attention on earbuds in their ears or fixated on hurrying to the next event on the schedule. Light pollution has stolen our night skies and fear of crime keeps people huddled inside.

One of the closing lines in a favorite classic Sci-Fiction movie is 'keeping looking to the skies'.  If we are no longer looking up, observing around us, and becoming in touch with what is normative, how will we ever recognize the new or the strange when it arrives?  At the rate of modern observation skills of the natural world we will not need to worry about that asteroid coming to wipe out the world. No one will be aware it is up  there - remember all eyes glued to cell phone screens - and recognize it as out of the normal.