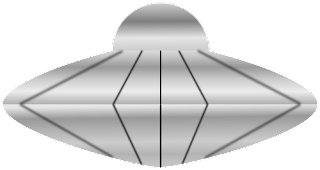 In north central Kansas sits historic Fort Riley established as "Camp Center" in 1852 and a year later renamed with its current designation. Originally it was established to protect pioneers coming through on two major trails. The fort was associated with the western front in the Civil War and in later efforts with the Native populations of the western territories.  Although home to numerous Army infantry units it has long been associated with 1st Infantry Division (1955-1996).

For many, during WW1, it was home to "Camp Funston" and gained notoriety for the Spanish Influenza that broke out there and was carried around the world by soldiers.

A wife variety of ghosts 'haunt' the Fort and its surroundings. For more on them visit.https://www.legendsofamerica.com/ks-fortriley/

In more recent decades, two stories of Fort Riley have been incorporated in to the mythos of Unidentified Flying Objects.  Philip Corso in his controversial and challenged book, The Day After Roswell, alleged one of the alien bodies from the Roswell, New Mexico crash in 1947 had gone through the Fort on its journey to Wright-Patterson in Ohio.

Later, a tale from December of 1964 alleged that before 2:00 a.m. Dec. 10, 1964, returning soldiers were tasked to assist with a search for a crashed UFO. Intense searchlights from low flying helicopters swept far corners of the Fort landscape with orders to kill anyone interfering.  The recovered disc was  35-48 ft. diameter and 12-18 ft. tall with a fin like protrusion and aluminum like skin. It had black squares about 9 inches that jutted out from the rim.
Posted by MARILYN A. HUDSON, MLIS at 9:18 AM