MYSTERIOUS WITNESSES: Who was Jefferson Villars? 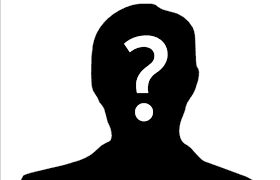 The need for anonymity stems from many sources: fear of reprisal, fear of ridicule, fear of losing status, reluctance to deal with being in the spotlight, fear of losing a job or even life. The field of UFO research has been bedeviled by many such unnamed sources.

One was a mysterious Jefferson Villar who submitted several photos, drawings and a detailed account of seeing a UFO sailing though his neighborhood in the "Eastborough" township area of Wichita, Kansas on 27 June 1967.

His story is a part of a Project Blue Book file "xxxx xx 7574428 WichitaAreaKansas" - it is filed amid a group of 'illegible' reports either badly faded or having a cover sheet faded enough that it was not easily read that a quick scan did not provide date or place. In many of these, however, there are dates, names and details within the declassified documents themselves. If anyone bothers to look.

Villar hand wrote his letter 29 June 1967 and enclosed undeveloped film he had taken the date of the observation at about 2 p.m. in the afternoon, looking south, and observed the somewhat zigzag movement of the object as it headed northwest. He snapped a series of images showing the progression through the area including one close up image that was very clear.  He drew an image of the object that showed a sphere with projections so that it had a profile somewhat like Jupiter or Saturn with their rings showing.

The witness was duly contacted when they needed more information (via the many paged form) but letters were returned. He had supposedly been leaving Wichita to move to Union City, New Jersey. The mail returned. The films were developed; they sent originals to the University of Colorado for examination.  Due to the need for the additional information from the long form, the returned mail and no clues - they closed the file and labeled it "Insufficient Data."

Who was Jefferson Vallar? Where did he go? Investigation to date has found no such person? His zip code for one communication was 67208. This is a designation for Eastbourgh in the Wichita area and eastern part of the county of Sedgwick. East of the enclave is Beech Aircraft.

Know who this man was? I would love to tell his story!  Email me and let's set the record straight.

See a different photo at this site.